AMB and LSZYSN have joined forces and invited an inspiring line up of panelists from diverse walks of life science careers beyond the Ph.D. from the pharma industry, to biotech spin-off companies, and even scientific publishing. Come to the next Career Chat on 12 March at ETH Hönggerberg (HIL E8) from 18:30-19:45 to interact with the discussion panel and learn from their professional journeys. Stay afterwards for the apero following the discussion to mingle with the panelists.

UPDATE: Due to the COVID-19 outbreak, the apero has been cancelled! Further precautions that should be taken during the outbreak and the event can be found here.

Natalie de Souza was for twelve years an editor of Nature Methods, for the last five its editor-in-chief. Before that, she obtained a PhD at the Rockefeller University where she studied folding and traffic of ion channels and did post-doctoral research at Columbia University on Notch signaling in cell fate specification during worm development. She is now in the Picotti lab at the ETH and the Bodenmiller lab at UZH, where she writes and edits papers and grants, and manages research consortia.

Maria Milla obtained her PhD in Biochemistry at the Autonomous University of Barcelona (Spain), while studying the structure of mammalian metaphase chromosomes. After two postdoctoral stages in material sciences (ICMAB/CSIC, Barcelona) and single-particle analysis (ETH Zürich), she joined the Customer Support team at Cytosurge AG, where she offers solutions in single cell manipulation.

Richard Stein works as Investigator in the Modeling and Simulations group at Novartis Institutes for Biomedical Research in Basel, Switzerland. Prior to this, he served as faculty at Dana-Farber Cancer Institute and Harvard School of Public Health in Boston, MA, U.S.A and spent his postdoc at Memorial Sloan Kettering Cancer Center in New York, NY, U.S.A. He studied Mathematics and Biophysics (minor) at Humboldt-Universität Berlin, Germany and got a PhD in theoretical physics from Institut Curie, Paris, France. 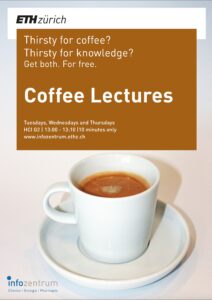